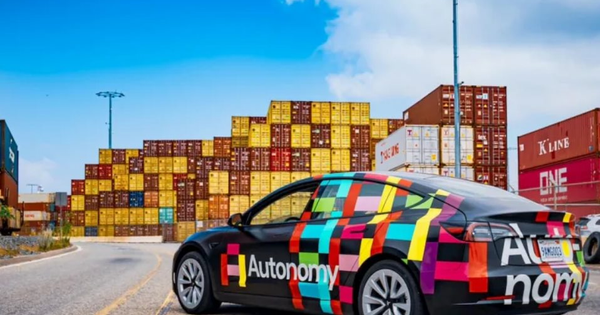 Electric vehicles are still one of the hottest topics today, as the Russia-Ukraine war and OPEC+ supply cuts pushed oil prices to record highs in the middle of this year. Therefore, more and more car manufacturing companies focus on this production segment, both protecting the environment and reducing the amount of fossil energy consumed.

However, the price of electric cars is not cheap, along with the cost of charging and replacing batteries is also very expensive. One company recognized this limitation and quickly offered a monthly electric car rental service, thereby helping more people to access this type of vehicle.

That is Autonomy – a company that just a few days ago ordered 2,500 cars from VinFast – the first Vietnamese car manufacturer to sell products in the US market.

The subscription car rental service has been around for many years, allowing customers to not own a car and still have access to it through a recurring fee. Before Autonomy, there were many companies that opened this service such as Go, Borrow, Wagonex… but not yet created too much buzz.

With two extremely qualified executives, Scott Painter – who founded the used car rental company Fair and Georg Bauer – an engineer who used to work for Tesla, Autonomy is considered to have great potential. to dominate this relatively new business.

Autonomy operates with the belief that users do not need to pay a large fee to own a car, but still have the right to get behind the wheel of their dream car.

Being able to pay for a car without relying on loans is almost unthinkable for most users even in the United States. For that reason, Autonomy’s application was born to meet the needs of driving with a reasonable monthly fee for the majority.

To be able to rent a car, users simply need to download the Autonomy app and select the type of vehicle and subscription they want. The larger the upfront deposit, the smaller the monthly subscription fee.

Users have up to 10 such subscriptions to rent a car from Autonomy, giving them a lot more financial flexibility in the face of a troubled global economy. Autonomy’s subscription plan has more features than services such as car loan, finance or car rental such as cheaper monthly fees (for the plan with the highest upfront payment), just a commitment to use it. at least 3 months (instead of 36 months like loans and finance leases).

At the same time, users can get the car immediately with a lot of accompanying services such as free 1000 miles, tire insurance, routine maintenance, etc. With such ideal conditions, Autonomy is starting to attract a certain number of users and become one of the largest subscription car rental companies in the US even though it just launched not long ago. .

Not only providing many ideal services for users, Autonomy also helps customers to drive the latest cars.

In August, Autonomy announced a very detailed plan of spending up to $ 1.2 billion to buy 23,000 cars from many big companies, including Tesla, GM, Ford, Mercedes …. With many well-known car manufacturers and updated car models, customers do not need to spend a lot of money but still have the opportunity to experience many new and modern cars.

Most recently, the company announced plans to order up to 2,500 cars from Vinfast VF8 and VF9 – 6 times their original plan. This shows that this package car rental technology company highly appreciates Vinfast’s products and puts them on par with many other famous car brands.

Not only stopping at the Los Angeles Auto Show last year, Vinfast’s electric cars continue to be highly appreciated in foreign markets, reflected in this large order of Autonomy.

It can be seen that renting a car through Autonomy’s service packages not only gives consumers access to a wide range of vehicles at a significantly lower cost than buying a loan, but also allows customers to use a variety of products. Latest and most modern cars. This will help make access to electric cars no longer far away for most consumers, especially when the new purchase price of electric cars is still quite expensive for the majority.