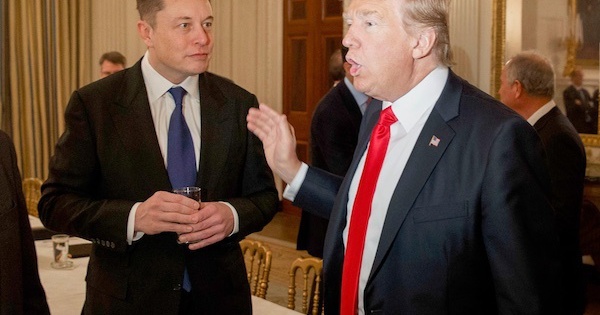 “Permanent account bans should only be used in exceptional circumstances and should be reserved for bots, scams or spam accounts… I think it’s not right to block Mr. Trump’s account,” Musk said. said at the FT Live’s Future of the Car event.

“I believe it was a mistake and will reverse this ban,” Tesla CEO affirmed. Musk is also expected to become the interim CEO of “Blue Bird” after acquiring the company.

Twitter permanently banned Mr. Trump from the platform in January 2021 with supporters of the former President attacking the Capitol. The company said it made the decision after the January 6 riots “due to the risk of further inciting violence”. At the time, Mr. Trump regularly posted appeals on Twitter and had more than 80 million followers on the platform.

Last month, the former US president said he would not return to Twitter but would only use Truth Social, the social networking platform he created himself.

“No, I’m not going back to Twitter,” Trump told CNBC. After being banned on social networks, this billionaire launched Truth Social, which is considered an alternative platform for Big Tech products.

“I like Elon Musk. He is an outstanding individual. We did a lot of things for Twitter when I was in the White House. I am disappointed to have been treated like this by Twitter and will not return to the platform,” Trump said.

White House officials and Democratic strategists have expressed concern about Musk’s acquisition as the upcoming US presidential election rolls around in 2024. The Biden administration is increasingly concerned about the possibility of a possible Musk acquisition. Musk allowed Trump and several other banned Republicans to return to the platform.