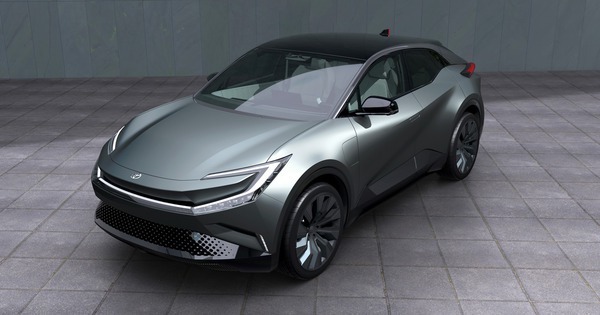 Immediately after being announced, the Toyota bZ Compact SUV will be available at the Los Angeles 2022 exhibition (USA) for users to see firsthand – Photo: Toyota

As the name suggests, Toyota bZ Compact SUV is a concept car in the small SUV segment that promises to be completed and added to the lineup of the parent brand in the near future.

In terms of design, the Toyota bZ Compact SUV, at least in its original form, has a rather aggressive and sporty style mixed with the previous modernity of the bZ4X/bZ3. Some equipment that appeared on the previous 2 bZ models also reappeared such as hook-shaped headlights or front horizontal light bars.

The narrow cabin structure and the front windshield with a forward angle contribute to a significant reduction in air resistance, thereby promising to bring a good operating range for the small SUV.

The layout of the cockpit of the Toyota bZ Compact SUV is generally quite similar to the bZ4X – Photo: Toyota

Interior Toyota bZ Compact SUV uses a variety of materials made from plants or recycled, especially in the seats. The layout of this area is not much different from bZ4X as we saw at the last VMS 2022, with the center of the dashboard revolving around the high center screen (although the screen on the concept car looks quite “fiction” when it is possible. folding) and a U-shaped steering wheel.

With a complete interior and exterior frame like this, the Toyota bZ Compact SUV is likely to be completed soon and launched in 2023.

Some other pictures of Toyota bZ Compact SUV: