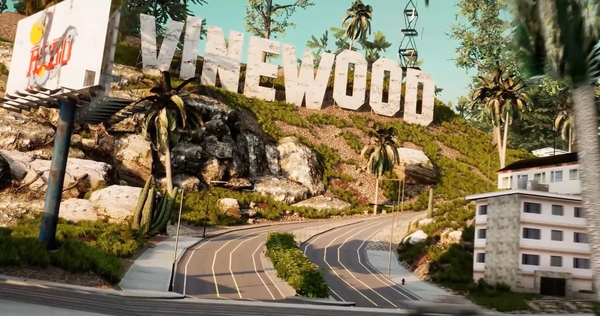 As the rumors about Rockstar remaking three legendary GTA versions are gradually becoming reality, let’s go back to see how gorgeous GTA will appear with the Unreal Engine.

Not long ago, Rockstar’s parent company Take-Two Interactive took down a series of GTA-related mods, they were most aggressive with mods that directly recreated the three GTA versions that shaped the PS2 generation. GTA III, GTA Vice City and GTA San Andreas.

The old video was removed by Take-Two due to copyright infringement.

Last year, netizens were excited with a trailer showing San Andreas in the sunshine of Unreal Engine 4. It was just a simple trailer showing what the world of protagonist CJ would look like when running on the new graphics platform. . However, Take-Two still directly requested to remove the video. ArcadiaSquad, a 3-person trailer development team, had to remove the entire Patreon donation channel to avoid litigation.

However, ArcadiaSquad still tries to upload this 4K quality trailer to its YouTube channel again, and with the message that this is just a video showing how technology can recreate GTA San Andreas. They also will not post any other related content and will not enable monetization for this video.

If the new version of GTA San Andreas is really going to be released later this year and be remade with Unreal Engine graphics, you may be able to see Los Santos appear as beautiful as this.