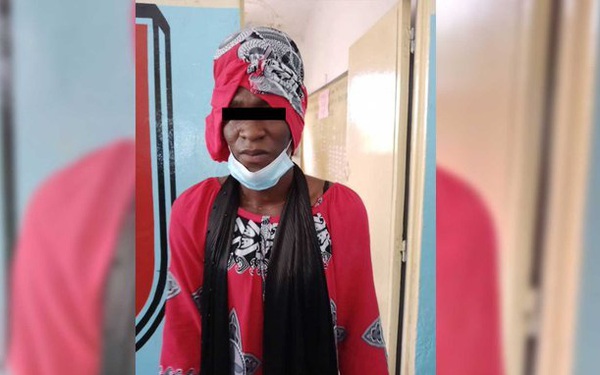 How much do you love your girlfriend? Are you “courageous” enough to be like this guy?

A young man in Africa was recently arrested after he… on behalf of his girlfriend passed his graduation exam.

Khadim Mboup, 22, a student at the University of Gaston Berger de Saint-Louis, in Diourbel, Senegal, tricked lecturers and supervisors at a graduation exam center into thinking he was a schoolgirl. take the final exam in 3 days.

Mboup wears a long wig, traditional scarf, earrings, skirt, bra and even facial makeup to look like his girlfriend, 19-year-old Gangué Dioum. Just as the lovers’ plan seemed to succeed and the exam was nearing its end, one of the proctors noticed something strange about Khadim, and his true identity was discovered.

On July 31, police went to the exam center and Khadim Mboup was charged with fraud. He led authorities to his girlfriend, who was quietly waiting for him in a rented motel room, and the two were arrested. Mboup confessed, but testified that he acted out of love for Gangué.

“I act out of love, because my girlfriend has serious difficulty in English,” said the college student, but that did not shake the officers. Both he and his girlfriend have been charged with fraud and are now in danger of being banned from taking any National Education exams for up to 5 years, from taking any qualification exams or any degree issued by a public higher education institution, a very heavy fine and even 1 to 5 years behind bars.