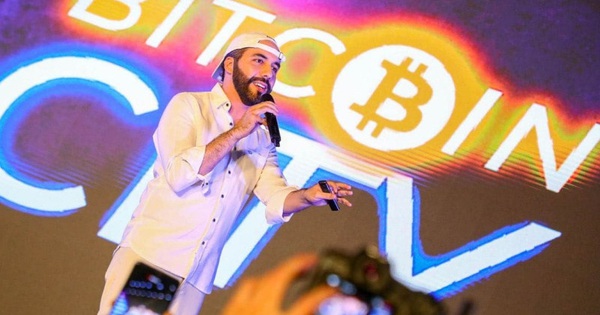 Accordingly, this is one of the many “bottom-fishing” times of the government of this Central American country during the past several months, whenever the cryptocurrency market in general and Bitcoin in particular has a price fluctuation, due to the president. Nayib Bukele has always believed in the long-term bullish outlook of this cryptocurrency.

Based on the information and timing of the tweet posted by Nayib Bukele, the El Salvador government may have bought Bitcoin for an average price of around 36,500 USD/BTC. This is also the price range where Bitcoin is currently trading, since its sudden plunge on January 20. At the present time (15:00 on January 22), the Bitcoin price is trading at $ 35,500, down more than 47% from the peak ATH 68,700 reached in November last year.

El Salvador started buying Bitcoin in September after President Bukele approved a plan to make the Central American country the first to recognize the legality of Bitcoin. At that time, Bitcoin was trading around $50,000. The country then continued to buy into Bitcoin as the coin hit a record high of nearly $69,000 in early November.

As of now, the El Salvador government has purchased at least 1500 BTC, based on information made public by President Nayib Bukele on his official Twitter page. Before making the $15 million payment, President Nayib Bukele spent about $71 million buying Bitcoin, with an average price of about $51,056/BTC, according to Bloomberg statistics.

Worth mentioning, the investment in Bitcoin of the El Salvador government is said to have lost up to 14% (loss of about 227 billion) on January 13, in the context of Bitcoin price in particular and the cryptocurrency market in general. has been continuously falling and going up and down in recent days. However, it is difficult to verify the specific number, as the El Salvador government does not publish the wallet address where the transaction is made. According to a statement by the government of El Salvador, the country has a $150 million fund at the state bank Bandesal to support Bitcoin transactions, but has not released information about this fund.

Two weeks ago, finance minister Alejandro Zelaya revealed that the El Salvador government had sold some of the purchased Bitcoins to lose in dollars, but did not elaborate. He said a group of government officials decide when to buy Bitcoin when the coins drop in price.

Natalie Marshik, head of emerging markets research at investment bank Stifel Nicolaus (New York), estimates that the El Salvador government is running short on a budget of about $1 billion in 2022.

“The government has a pretty big financial need. Where are they getting the money to trade BTC during the day?” she said. “I can understand why Salvadoran taxpayers are angry about this, especially with the recent drop in Bitcoin. It is hard to justify trading such a risky asset with money. of taxpayers in unclear circumstances”, this expert commented.