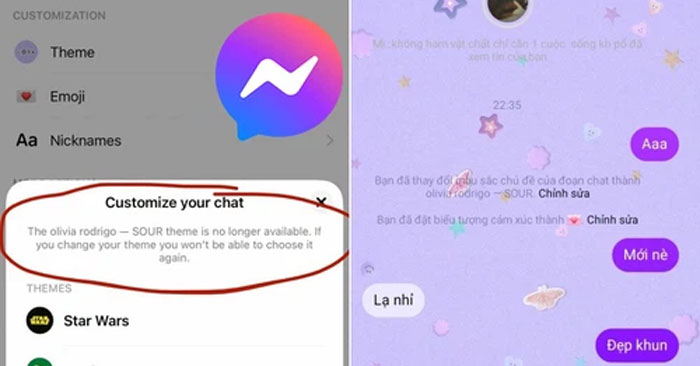 When clicking on this new Sour theme option, the chat screen will be dreamy purple and full of flowers, stars, butterflies… the icon will switch to the envelope. The new feature of Messenger is being praised by the online community for being cute.

However, Messenger only updates its new theme for some accounts. So, the fact that your friends have all but your Messenger account is not there, please calm down. You can check by going to any of your Messenger chats and going to Customize -> Themes.

Perhaps this success of the young singer has led Facebook to create a Theme option with the album name and her name.