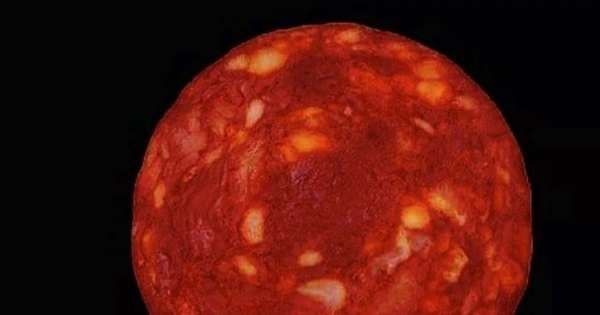 A French scientist suddenly became the focus of attention, and at the same time became the target of public opinion when “trolling” the Twitter user community.

In his July 31 post, Mr. Étienne Klein posted on Twitter individual image of a large red round object, with the status line saying that this is an image of Proxima Centauri, the closest star to the Sun that we know of, taken by the James Webb Space Telescope himself. He also wrote: “Unprecedented level of detail… A new world opens every day“.

In fact, the photo shows a slice of sausage on a black background.

The scientist’s post garnered thousands of likes on Twitter. Most people admired the achievements of the advanced telescope system, until Mr. Klein confessed his “crime”. In fact, the photo he posted is a slice of a chorizo, a famous European smoked sausage.

In subsequent Twitter posts, Mr. Klein said the astronomical photo from the kitchen was “a form of entertainment”, and said that the majority of Twitter users who responded to the photo were victims of cognitive bias.

Those who saw the image quickly came to a conclusion when they saw the keywords “JWST” – the abbreviation for James Webb Space Telescope, “Proxima Centauri” – the star closest to the Sun and at the same time, equated. a round, large, red object with a star.

The event was so influential that … brought Mr. Klein an interview with Le Point newspaper. Responding to a reporter’s question, Étienne Klein continued to explain that the photo was just a harmless joke:This is the first time I make fun of people, when I am the representative of the scientific research department of [nơi tôi công tác]“.

He added: “[Bài đăng] also shows the fact that on these social networks, fake news is always more successful than real news. I also think that if I hadn’t mentioned the photo was taken by James Webb glasses, it wouldn’t have been so successful“.