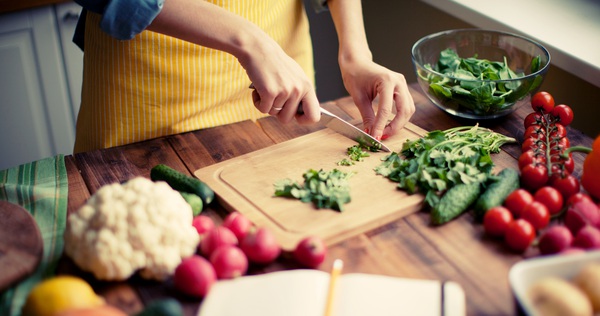 In the 21st century, as obesity and related diseases have risen to the point of becoming epidemics, is good health as simple as eating less and exercising more?

According to Professor Tim, many dietary recommendations are often backed by poor, outdated or biased science. Deep and unshakable myths about food affect all of us, for example breakfast is the most important meal, bad fats, healthy fish. …

Why do we have such profound misunderstandings about food science?

Nutrition has long been overlooked in medicine. It was not until the 1970s that nutrition became a serious research field in many countries. Therefore, nutrition is a relatively new and extremely complex science.

Modern science shows that each of us’ metabolic responses to the same food are different, so there are no dietary recommendations that are right for everyone.

Science is evolving at an unprecedented rate and the latest nutritional research applying advances in artificial intelligence and civic science are helping us to change our core beliefs.

People have proven quite the opposite of familiar core beliefs:

There is not a perfect diet but diversity is important to maintain a healthy gut microbiota.

Diabetes can be controlled by limiting carbs and increasing fat.

– Fat helps to fight heart disease and diabetes, not the “devil” ..

1. You should measure calories intake

According to Professor Tim, the daily calorie intake for adults – according to WHO’s recommendation of 2,500 calories in men and 2,000 calories in women – is misleading and worse, they can also be harmful. The common perception is, calories are an accurate measure of how foods make us fatter.

In fact, the relationship between the calorific value of a meal and each person’s body is more complex than we think. The basal metabolic rate and the way energy is burned varies from person to person. Every calorie measurement is just an estimate, it’s kind of ridiculous to assume that a dish contains fewer calories is actually a little laughable.

The way the body uses and stores energy from whole, hard-boiled corn and cornflake is different. And yet we still apply this simple hypothesis, that the amount of energy absorbed from the same thing will be equal. Cooking changes the structure of the food and, more importantly, refining the complex structure of plant and animal cells, turning the food into a slime with no nutritional value.

Calories are good for the food industry and help regulators come up with a quantifiable figure. But for consumers, calories are catastrophic. We have been tricked into believing in the units that measure the effects of food and eating super processed foods.

We humans are more complicated than cars with standard fuel gauges. Instead of relying on an inaccurate general number, we need to learn to understand our body and what our body needs.

2. Fasting is the healthiest diet

Statistics from 2014 to 2019 in the UK show that the proportion of vegetarians for health benefits, advocating for animal rights and environmental protection in the mist has increased 4 times. Vegetarianism is good for animals and the environment, but from a scientific perspective, its health benefits are unclear.

There have been some studies showing that a plant-based diet reduces the risk of cardiovascular disease but does not increase the longevity of vegetarians. The death rates among vegetarians and non-vegetarians in a study of over 5,200 cases in the UK were the same. Vegetarians can get the protein they need from beans and whole grains but tend to have lower levels of vitamin B12 and iron. Children who are vegetarian from an early age tend to be smaller and lower levels of a number of important nutrients.

Faced with the vegetarian trend, many plant-based alternatives are marketed by manufacturers, but they are often refined and filled with salt, sugar, and preservatives.

The most positive aspect of vegetarian diets is the high intake of plants – essential for good health because of the high fiber content favored by the microbes in the gut. there can also be plenty of vegetables, and people can still enjoy the same benefits. Can’t say that the vegetarian diet is better.

In addition, there are many reasons to consider cutting back on meat and dairy. We don’t need as much protein as is recommended, and the planet’s future depends on we all eating less meat.

Simply put, do not let yourself be fooled into believing that the vegetarian diet is the ultimate healthy diet.

3. Local goods are always the best

On average, food in the US travels 2,400 km before being on the table. The number of kilometers some apples have traveled to England is 16,000 km; Britain’s share of apple imports is 70%, even though it used to produce most of the apples in the world.

The environmental, social and economic cost of transporting food on a global scale is an extremely large number. In an effort to reduce these costs, helping the environment, the economy and producers, many conscientious consumers try to buy local food.

This sounds simple, but is it certain that it has a good side, not a bad side?

Remember, the amount of meat transported over the long haul is a huge amount. Sheep are raised on eco-efficient hydroelectric farms. Where the grass grows longer due to the slightly better climate, the sheep are more active and require less additional feed. Likewise, tomatoes in a warm sunny Spain would be more sustainable than tomatoes grown in a fireplace in the UK.

According to 2005 data, in the UK, food moves nearly 48 billion km to reach the table, domestic food accounts for 82% of the total travel distance. More than 50% of that is the way from home to a local grocery store. We see that buying locally produced food can reduce the distance the food travels from the fields to the table, but then the benefits to the environment are obscured by pollution generated in the tens or hundreds. market trip every day.

Even so, no doubt local can still be best when seasonally produced, and modes of transport, delivery and collection are intelligently chosen.

Local may be the best, but this is not always the case. You need to ensure the following 3 factors: choose foods that know where they are produced, are seasonal, and have the minimum processing.