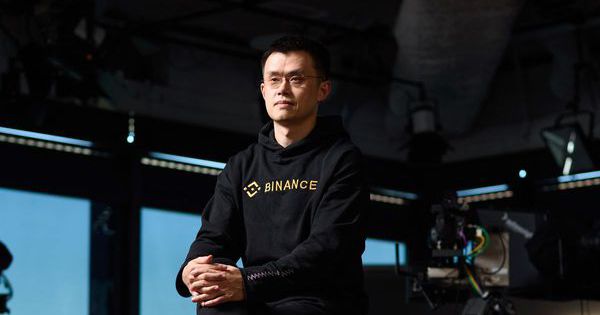 Few people know that, Binance – the world’s fastest growing cryptocurrency exchange has no headquarters, official address or operating license. To the company CEO, until recently, kept his current whereabouts secret.

Founded 5 years ago, Binance is currently the largest cryptocurrency exchange, with a scale comparable to the London, New York and Hong Kong (China) stock exchanges. The trading volume of many cryptocurrencies, such as Bitcoin and Ether, is handled by Binance every day, with a total value of even 4 of its competitors combined. That period of rapid growth, fortunately, was not subject to government control.

EXCHANGE WITH NO BASIS

For now, that fortune seems to be coming to an end as authorities begin to worry about the expansion of digital assets. In a speech last October, Jon Cunliffe, an official at the Bank of England, made this point clear: “When something in the financial system is growing fast and unchecked. , regulators need to pay special attention.”

In fact, the legal issues of the Binance exchange are concerned by many experts. They constantly warn users, that this exchange is not registered or authorized to provide various services. Binance’s announcement of wanting to IPO in the US late last year prompted the US Securities and Exchange Commission (SEC) to act. They requested a list of information from the US branch of Binance, and also checked that Binance was indeed abetting money laundering.

Binance is currently the largest cryptocurrency exchange in the world

The US market is already a major test for Binance, but some former executives fear that control of the data on the US exchange belongs to Chinese programmers, where the company is licensed. establish. Previously, the administration of former President Donald Trump had banned Chinese social media platform TikTok over concerns that customer data could potentially be accessed by the mainland.

Binance founder and CEO Changpeng Zhao said in an interview that their exchange will comply with regulatory requirements.

“That includes getting the right license,” he said. “We run a legit business and grow fast, because our users trust us. But you see, by the end of 2021, that’s only about 2% of the world’s population. accept digital currency only.

Mr. Zhao also said that Binance is in the process of setting up local offices and headquarters to meet regulatory requirements, but the location of these headquarters has not been disclosed. In August 2021, on its website, Binance also started checking user identities to prevent illegal use of the exchange.

“We take a collaborative approach in working with regulators around the world and take our regulatory compliance obligations seriously,” said Jessica Jung, a spokesperson for Binance. “As Binance grows, so does regulation and crypto transactions, and vice versa.”

“We have robust safeguards in place to ensure that data can only be accessed for purposes of satisfying customer wishes, improving performance or regulatory requirements,” the statement said. member of Binance.US, said Matthew Miller.

According to a Bloomberg analysis, exchange Binance generates at least $20 billion in revenue in 2021, triple Wall Street observers’ expectations for Coinbase, another crypto company that has just IPOed with market value. reached 50 billion USD. If Binance continues to have a successful IPO in the US, the value of this exchange will definitely help Zhao become rich. He said he is the largest shareholder of Binance.

Dubbed a “rock star” in the crypto world, Zhao has millions of followers on Twitter. The 44-year-old was born in China, then moved to Canada with his parents when he was 12 years old. With a degree in computer science, he went to work for a number of financial companies, including Bloomberg LP.

Zhao first heard about Bitcoin at a poker game in Shanghai in 2013.

According to Bloomberg, Zhao first heard about Bitcoin at a poker game in Shanghai in 2013. The coin “mined” by these programmable computers attracted a large number of fans, even Even those who are not sympathetic to the financial system after the 2008 crisis.

At first, trading cryptocurrencies was quite difficult. There are very few platforms, while prices are constantly fluctuating. Additionally, attacks against exchanges like Mt. Gox also undermined investor confidence.

Back then, Zhao was intrigued by the idea of ​​a decentralized currency that could be used anywhere without banks or bureaucracy. “We can use that technology to enhance the freedom of making money for people around the world,” Zhao said in an interview.

Thinking about doing, this man decided to sell his apartment in Shanghai to buy Bitcoin, while also working for several crypto startups. Along with a group of other programmers, Changpeng Zhao launched the Binance exchange in 2017.

To stand out from its English-only competitors, Binance adds nine different languages ​​to its website, on a platform that most traders agree is easy to use.

During the issuance of its own digital currency called BNB in ​​July 2017, Binance raised $15 million. Users come from all over the world, including countries with less developed financial systems like South Africa or India.

THE VISION OF THE OFFICIAL OFFICERS

The rapid expansion in just 6 months has brought Binance into the sights of regulators. In the summer of 2017, the Chinese government announced a ban on cryptocurrency exchanges due to concerns that they would be used to illegally move money out of the country. In 2018, the Japanese financial regulator also warned Binance not to conduct transactions for people without a license.

In 2019, Binance started allowing customers to trade cryptocurrencies for real money, and linked the exchange with the banking system. Binance also pays influencers to create videos that teach people how to invest. An outreach team has also contracted day traders in the Middle East and Africa markets who run small groups on Facebook and several other social networks.

Binance.com then became popular in the United States, but had to accept closer scrutiny from the government. The SEC in April 2019 released a draft of a test to determine which new types of digital assets will be recognized. By the end of 2020, the agency also requires Binance.US provides detailed information on business operations, including data about the head of control of the user’s digital wallet, where the cryptocurrency is stored, and details of the agreements of the user. Binance.US and Binance Holdings.

Binance.com has become popular in the US, but has to accept more scrutiny from the government

However, despite regulatory troubles, cryptocurrency exchange Binance continues to grow. As of September 2021, spot trading at Binance.com increased by 10% from the previous month, thereby marking the 15th consecutive month of growth.

“We want the other exchanges to be a little bit bigger so we can split the user base,” Zhao said, sharing Binance’s growth goals.

Information about cryptocurrencies (cryptocurrency), commonly known as “virtual money” has not been recognized by law in Vietnam. The information in the article is for reference only and has no investment recommendation value.