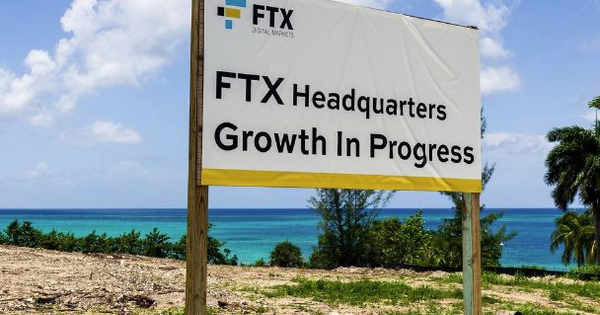 Last year, an FTX executive walked into a bank’s office in Nassau, Bahamas and put $4.5 million in the company’s money into the ambitious scheme. He wants to buy a piece of land by the sea and turn it into the new headquarters of the crypto giant.

Some sources revealed that the above CEO was named Ryan Salame and he closed the deal very quickly. In fact, the deal is just one part of a whirlwind of real estate purchases by FTX in and around Nassau. In April, the prime minister of the Bahamas appeared with FTX executives at a groundbreaking ceremony for the new office headquarters. But construction never actually got underway. FTX collapsed this month, they filed for bankruptcy.

The new, never-built headquarters illustrates the promise FTX brought to the Bahamas and the disappointment it left behind after its collapse. The island nation has been encouraging crypto companies to set up here, promising regulatory due diligence. That’s exactly what founder Sam Bankman-Fried was looking for when he decided to move FTX headquarters here from Hong Kong last year.

FTX isn’t the only crypto company in town, but it’s the most generous. They quickly bought some areas in a luxury resort called Albany – a project that Tiger Woods and Justin Timberlake also invested in. Now, local caterers, drivers and cleaners who depend on FTX for their jobs are struggling.

Almost everything in the Bahamas is concentrated on the island of New Providence, including FTX. This small island is home to the Bahamas’ capital, Nassau, with about 275,000 residents.

According to the US Department of Commerce, the Bahamas’ economic pillars are tourism and foreign banking, two sectors that account for 85% of gross domestic product. However, the Covid-19 pandemic along with the devastation of Hurricane Dorian in 2021 has exhausted the Bahamas.

That’s why, for many locals, FTX’s arrival in New Providence last year was like opening an open road ahead. The company’s spending seems to be unlimited.

In seemingly unassuming offices, FTX spends more than $100,000 a week on catering and setting up a private shuttle service for employees around the island.

One chef delivering meals to FTX offices recalls tables laden with food containers. One former employee described the hourly rotation of food deliveries during lunchtime. FTX provides a fleet of cars – including many major brands such as BMW, Toyota and Honda for employee use.

FTX has also hired dozens of locals. The jobs are often related to logistics, such as helping organize events and comply with regulations.

Earlier this year, FTX employees had the opportunity to buy shares in the cryptocurrency exchange. Happy to be a part of what seems like a promising new industry, some local employees have spent thousands of dollars buying shares of FTX.

By June, the company had laid off about 20 employees, mostly in the Bahamas.

The locations where Bankman-Fried and his closest associates live and work are part of a financial concentration district in the western half of New Providence. There, Nassau’s tourist, restaurant and residential areas give way to the offices of foreign banks and wealth management firms, the real estate office of Berkshire Hathaway and the Deltec Bank & Trust. …

Since late last year, FTX began calling banks here with an unusual offer: Deposit your cash into FTX’s crypto lending platform in exchange for interest rates up to 12%, according to bankers. .

A partner at one of the banks who turned down the offer said: “The reality is they are looking for funding.”

The WSJ reports that the company has spent millions buying houses for executives in exclusive beachfront developments.

FTX purchased several units in the Albany resort, a gated residential complex and sleek apartment towers arranged around a marina on New Providence’s south coast. There, Bankman-Fried lived in a $30 million penthouse with some of his top FTX executives.

The WSJ reported that the resort has a restaurant open 24 hours a day, serving many FTX employees.

Bankman-Fried apologized in a recent note to employees:

“You used to be my family,” he wrote. “I’ve lost that, and our old house is now just a barn with empty screens.”