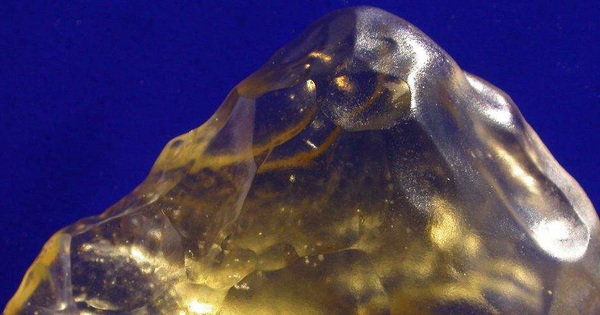 Not only jewelry for women, diamonds also have many practical applications. Thanks to its high hardness, this mineral is used as an industrial cutting blade, or as a specialized industrial drill bit.

Diamond is a highly valuable material, and science has long sought to create a similarly hard material. Now they’ve been able to create something even better than natural diamonds.

Science believes that lonsdaleite, or hexagonal diamond, is harder than diamond. But the rare material exists in very little in nature, they are often found in meteorite impact craters, and the amount of londasleite is not enough to test the hardness. Scientists from the Institute for Impulse Physics at Washington State University have created londasleit to measure and reinforce inherent beliefs.

A new kind of Artificial Diamond

Researchers at the Institute for Impulse Physics at Washington State University have synthesized a hexagonal diamond large enough to be studied for hardness in an experiment.

“Diamond is a very special materialt,” said Yogendra Gupta, head of the institute and author of the study. “Not only is it the hardest material – diamond also has exceptional optical properties and excellent thermal conductivity. We have now synthesized a hexagonal structure diamond by means of a sudden shock, which is significantly harder and more durable than conventional jewelry diamonds.“

Diamond is a very special material. Not only is it the hardest material – diamond also has exceptional optical properties and excellent thermal conductivity.

Using gunpowder and compressed air, Gupta’s team shoots coin-sized graphite discs into a transparent material at 15,000 mph. As soon as there is a collision, the impulses travel through these disks and create lonsdaleite.

The harder the material, the easier it is for sound to pass through. Based on that, the researchers used strong collisions to generate sound waves, and then tracked the distance it traveled through lonsdaleite. The results show that this material has a higher hardness than diamond.

Since harder materials are also stronger and harder to scratch, the team concluded lonsdaleite is up to 58% stronger than diamond – a new record. They published their findings in the journal Physical Review Letters.

Because the harder materials are also stronger and harder to scratch, the team concluded that lonsdaleite is 58% better in application than diamond.

We don’t have to worry about lab-synthesized super-diamonds making our existing jewelry worthless. Lonsdaleite only lasts for a few nanoseconds before a strong impact destroys them, a short time for scientists to measure the hardness. Professor Gupta thinks that if we can prolong the life of londasleite, we will have a glittering precious material that is stronger than diamond.

Yogendra Gupta asks the question: “If we can produce and polish them, I think they will be preferred over regular diamonds, which have a cubic crystal structure. If someone told you you could choose between the two, which diamond would you choose?“