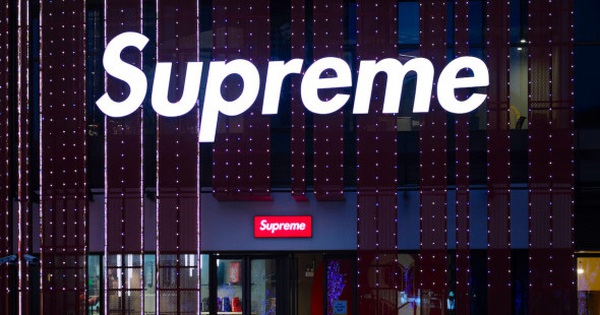 In its special issue, Bloomberg revealed the interesting details of the biggest scams in the digital age selected from Crime Chronicle 4.0. Here’s the first part of the collection: Supreme, bronze-painted stones, panacea bleach, millions of dollars stolen from Microsoft.

In November 2020, a US court sentenced a former Microsoft employee to 9 years in prison. Vladimir Kvashuk, a Ukrainian, stole a total of $ 10.1 million from the company.

In 2017, Kvashuk became an employee of Microsoft. His team was tasked with establishing purchasing patterns in the company’s online store and looking for bugs in the payment system when buying gift cards. Kvashuk discovered that, although the system still recognizes the account and does not allow the sale of virtual products such as copyrighted game keys, the incredible vulnerability is if the accounts of Microsoft employees execute the command to create Xbox Gift Card code, then the 25 random characters returned are completely valid, can be used to top up the account, or in the case of Kvashuk, to sell for a profit.

XBox gift cards contain 25 letters and numbers. Identical numbers, called a 5×5 code, are sent to your email after purchase – they are no different from the code on the actual gift card in the CVS or Target basket. The card has no value, but the 5×5 code corresponds to the amount in USD. For example, “DD9J9-MXXXC-3Y6XD-3QH2°C-PWDWZ” is equivalent to $15 for anything Microsoft sells online, be it video games, Office and Windows, Lenovo laptops, or speakers Sonos. Meaning, any such 25 character code is a digital currency that can even be exchanged for Bitcoin and then converted to real money.

During one test, Kwashuk discovered a bug that allowed him to earn millions of dollars by cheating. He noticed that every time he checked out a gift card purchase, the Microsoft Store mailed real 5×5 codes, which could be used to make purchases in the online store. The more times you buy fakes with your company card, the more real codes there will be in the email. Kvashuk’s team took advantage of the vulnerability to make test gift card purchases that weren’t given to customers.

Kvashuk started out on a small scale, creating gift cards ranging in value from $10 to $100. He sold all of these on the black market. According to Bloomberg, the huge amount of money that Kvashuk appropriated allows him to own a plane, a yacht, several luxury homes in Maui, California and many other places. By the time federal agents caught the scammer, Kvashuk had stolen more than 152,000 cards worth $10.1 million and bought the house for $1.6 million.

Italian businessman Michel di Piero has succeeded in the international production and expansion of counterfeit Supreme brand clothing, which is almost legal.

Supreme is faked in Europe

In January 2016, at the Pitti Uomo menswear show, they introduced hoodies and caps with the famous “Supreme” inscription, much like the ones priced at $150 and up. sold in the US. The only thing on the red carpet wasn’t the New York streetwear brand’s collection, but the works of an Italian company that stole Supreme’s design and logo.

Italy’s Supreme was the first to file trademark applications in countries (on the list of which include Italy, Spain, and China) where Chapter 4 Corp., the owner of the original trademark. The Certificate of Exclusive Trade has not yet been submitted. With these documents, Italy’s Supreme began to produce counterfeit, but legitimate Supreme branded clothing in the small port of Bisceglie on the Adriatic.

At first, Supreme was sold only in small local stores and on the Internet, but within a few years the company’s income increased to 1 million Euros and the founder of the business, Michel di Piero, began to post photos Go on social media and brag about your brand’s success.

In 2017, di Piero opened retail stores in Spain, one of which was decorated in the city center very much like the parent company’s store in New York. Soon after Chapter 4 Corp. learned about Supreme’s “subsidiary” in Italy, they hired a lawyer and declared Di Piero’s company a “fake entity”. However, the businessman from Italy has not stopped selling and continues to travel the world, posting selfies on Facebook. In 2019, a store with fake Supreme clothing opened in Shanghai.

The “big” Supreme store in Shanghai is actually fake

When the Italian courts pursued Piero, he closed his factories in Italy, but the stores remained in Spain and China. He even started selling Supreme t-shirts depicting his conflict with Chapter 4 Corp. Willingly not close stores outside of Italy until China and the EU recognize trademark ownership for its parent company in New York.

In 2020, di Piero tried again to show clothes at the Pitti Uomo show, but with the brand Vision Street Wear, registered in San Marino. On June 25, 2021, a London court sentenced Michel di Piero to eight years in prison for copying the Supreme brand.

In the spring of 2020, as China emerged from the first wave of the pandemic, manufacturers began ordering in large quantities for raw materials, especially copper, used in power plants, sugar tubes for buildings, batteries and motors for electric vehicles. One of the Swiss traders was trying to close an order from China, after closing a deal with a Turkish company for $40 million for 7,000 tonnes of copper in lumps.

Copper is deposited in the Turkish city of Takirgad. The inspector checked the entire shipment for metal purity, he also installed protective seals in the trucks. Truckers are required to pick up their goods only the next day. Thieves enter supplier’s warehouse at night. They carry many pallets of paving stones that are similar in weight and shape to copper. The entire stone is spray painted bronze. They are loaded into containers and sealed with fake seals.

The next day, the shipment of paving stone docked, the Turkish supplier received the first payment of $2.5 million, when the customer in China received tons of stone, the copper supplier had all transaction amount.

The Chinese company contacted the supplier and asked for an explanation, but they assured that it was more likely that the replacement of the plain with paving stone took place after the goods left the Turkish port. All the documents turned out to be forged, but the police quickly tracked down the criminals through a payment receipt.

16 people were arrested for theft, including 2 representatives of the board of the copper supplier company. They denied illegal activity, and the stolen metal was never found.

For more than ten years, the family of American Archbishop Mark Grenon has been selling the Miracle Mineral Solution, also known as the “divine” drink, that has the ability to cure Alzheimer’s disease, cancer and even the Covid-19 virus. attracted much attention in recent years. Thousands of people bought MMS for injections, baths, and magic sprays.

Near a warehouse on church grounds in Bradenton, Florida, a team of experts seized about 190 liters of hydrochloric acid and about 4 kilograms of sodium chloride. If you combine these chemicals, you can get chlorine dioxide, the substance used in industrial bleaching – this is the main ingredient in the “divine” drink of the Grenones. The researchers labeled some bottles with the label “1494,” meaning the contents are so toxic that they can burn the throat, stomach lining or cause blindness.

Cybercrime agent Jose Rivera got to the creators of MMS. Under a false name, he ordered a G-2 Sacramental Kit from the Grenons website when it arrived, bottles of pills marked with Archbishop Mark Grenon’s name. Later, Rivera found an email address on a flyer and wrote a letter to the archbishop asking how long it would take to cure cancer by taking the drug. Rivera also checked the homeowner at the return address. Therefore, the investigating agencies turned to suspect the Grenon family.

Inside there are ingredients that are detergents

Before the pandemic, Grenones was making $30,000 a month selling Miracle Mineral Solution to customers who believed it could cure up to 95% of known diseases. Sales have tripled since the outbreak of the Covid-19 virus. According to bank records, in 2020, before his arrest, Grenon and his sons wanted to sell a “drug” worth $1 million.

However, the Grenon family faces life in prison, as the Archbishop himself said, MMS sales have not stopped in 145 countries around the world. In 2019, the FDA warned Americans about the dangers of MMS, citing more than 16,000 cases of chlorine dioxide poisoning.