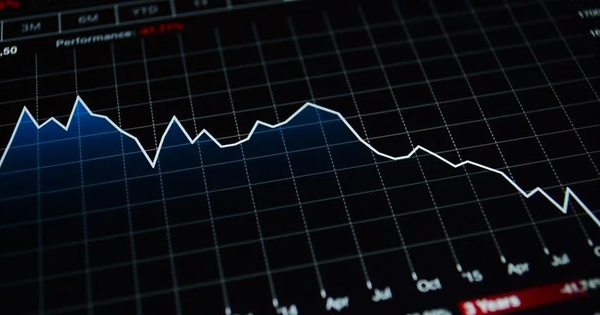 Recently, we have seen a series of big names in the video game industry refusing to sell products in Russia. So far, Microsoft, Take-Two Interactive, Ubisoft, Electronic Arts, Activision Blizzard, Epic Games, CD Projekt and Bloober Team have made tough decisions, while many other game studios have agreed with the sanction decision. economy of the European Union and the United States.

Twitch announced that Russian streamers cannot receive salaries if their accounts are linked to Russian banks that are on the affected list. The Switch stopped accepting the ruble currency and put the Switch’s online game store in Russia under warranty.

Broadly speaking, what is the gaming industry losing by complying with tough sanctions?

Sharing with GamesIndustry, IDC Consulting estimates that the game market in Russia will generate $3.4 billion in revenue in 2021. Like other markets, most of this figure comes from mobile games with 1.4 billion. USD, close behind is the PC game segment with $ 1.2 billion. It is estimated that the revenue of the console game segment in Russia is only 864 million USD, of which 549 million USD comes from selling games on the online store.

Meanwhile, Sensor Tower rated Russia as 13th among the countries that spend the most on mobile games: the amount of money poured into games from Russians accounted for 1% of the total amount of money deposited, at the same time Russia ranked 5th in the list. list of countries with the most game downloads. While downloading the game doesn’t necessarily lead to spending money on the game, the attached ads still generate revenue. According to Sensor Tower, in 2021, 2.8 billion game downloads on both App Store and Google Play platforms will come from Russia.

Talking to GamesIndustry, Newzoo said that Russia represents a player community of up to 80 million. As long as a fraction of this huge number is no longer accessible to the market, the industry will immediately feel the impact. According to Newzoo, Russia owns the third largest number of GTA5 monthly players, so Take-Two stopping Russian players from spending money on GTA Online will certainly affect the financial statements of the giant corporation.

GamesIndustry has tried to connect with many major game studios, but only CD Projekt from Poland has responded. A CDP spokesman said that Russian gamers accounted for 5.4% of the company’s revenue in the past 12 months, and accounted for 3.7% of the revenue of the GOG.com gaming platform owned by CD Projekt.

The rest of the companies have not yet responded, but looking at the amount of products they release, we can tell how big the loss from cutting off the Russian market is. Besides GTA5, Take-Two also operates the Red Dead Online market and sports game series published by 2K. In addition, there is EA with football game FIFA, Microsoft with GamePass service, Activision Blizzard with Call of Duty, World of Warcraft, Candy Crush, Ubisoft with blockbuster series like Assassin’s Creed and Far Cry, Epic Games with Fortnite, … Among the top 10 mobile game companies, only Supercell has stopped trading in the Russian market.

So how will the game industry affect the Russian economy as a whole?

According to Trading Economics, a site that aggregates data from many official sources, Russian gamers spent up to $356.3 billion during the period from the fourth quarter of 2020 to the third quarter of 2021 (currently no data for Q4 2021). Although this incomplete figure cannot be compared with the big picture, one can still estimate the gaming industry to account for almost 1% of total spending in Russia.

Cutting out a market with a revenue of up to $ 3.4 billion will certainly have a strong impact on the financial statements of large game corporations. Although the current decision may come from pressure from investors, the actions of the major game studios more or less show how they operate the company, as well as the operation of a capital industry. is said to be free.