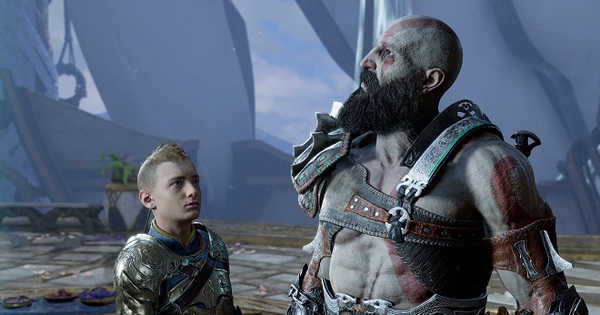 Released in 2018, God of War continued to tell the story of the famous Kratos god of war and immediately made a mark in the gaming industry. The game consistently topped the charts, achieved financial success and left players restless, longing for the sequel.

On November 9, God of War Ragnarök will officially land on PlayStation 4 and 5, once again putting players in the role of Kratos and following the end of the Nordic journey of father and son – Kratos and Atreus.

Because God of War Ragnarök will land on both PS4 and PS5 platforms in parallel, owners of older versions of the Sony system can’t help but worry. However, according to the developer, God of War Ragnarök is a game made for PS4 and improved to take advantage of the power of PS5, so gamers are not too worried about the performance of God of War Ragnarök on older machines. .

Reporters of Push Square – the famous PlayStation news site who personally tried God of War Ragnarök on a PS4 version of the most basic version, commented positively on the ability of the old generation PlayStation.

Playing God of War Ragnarök on PS5 at 60 fps will definitely make the 30fps experience on PS4 not really smooth, but if gamers are used to God of War’s 30fps on PS4, getting used to the The new version will be much easier. And according to Push Square reporters, once immersed in the game, players will soon forget the obvious fact: PS4 is not as powerful as PS5.

God of War Ragnarök may not be able to showcase the full epic scene given the limitations of PlayStation 4 hardware, but the high-quality title still possesses beautiful visuals and clear art direction, alongside fluid motion. of the character as well as the realistic expressions of each actor appear on the screen.

The PS4’s ability to load games is worse, so Kratos will … respawn longer, and the transition time when traveling between the Realms will also take longer. This is understandable, when the machine sold 9 years ago is shouldering an AAA game of 2022.

Whether gamers experience God of War Ragnarök on PS4 or PS5, they will experience the full game, both in terms of the compelling storyline as well as the fiery battle screens. And when you decide to upgrade to PlayStation 5, all game progress on the old system will still be saved on Sony’s system, ensuring a seamless experience for qualified gamers.