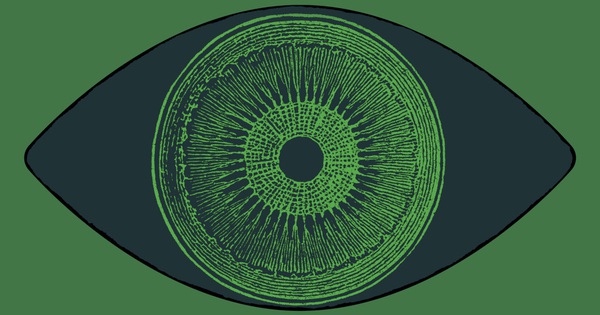 This 58-year-old man is so blind that his ability to distinguish between day and night has also decreased significantly. But after being treated with a new method, namely adding light-sensing molecules to his retina, the blind patient was able to see a notebook on the table.

Scientists from Europe and the US have just reported the first successful treatment of blindness using optogenetics – roughly translated as vision gene editing, which uses light to tune neurons that have been genetically edited. . By inserting a gene taken from an algae into the eye, they restored the patient’s vision.

“I think a new field was born,” Botond Roska, a professor at the University of Basel and lead of the new study, said in a telephone conference. In the journal Nature Medicine, the study authors say they successfully treated a 40-year-old blind patient with retinitis pigmentosa, a degenerative eye disease that destroys the light-sensing organ.

The team put light-sensing molecules called “chrimsons” into the patient’s eyes and got positive results. Chrimson is derived from a single-celled algae that has the ability to both sense and move towards a light source. The gene-editing technique affects a group of cells called ganglions, making them respond to light and send signals to the brain.

Funded by the French company GenSight Biologics, the new blind technique requires the patient to wear a pair of electronic glasses that capture contrasts of light outside the environment, projecting the resulting image onto the retina at high intensity. heights through special wavelengths that excite chrimsons.

According to researcher José-Alain Sahel, a scientist involved in the project and co-founder of GenSight, at first the blind did not notice the effect, but gradually they began to see shapes. This success makes the patient a “the first to benefit from optogenetics“.

After a period of practice, the blind man was able to see the book on the table in front of him. He was also able to count the number of dark cups on the table, but not every count was accurate.

The vision gene-editing method has been used extensively in animal tests, where scientists add light-sensing molecules to a test subject’s brain cells. Using fiber-optic cables to emit light, researchers will stimulate certain nerves to cause specific actions to occur.

The first time researchers attempted to apply vision gene editing to the treatment of blindness was in 2016, when a company tried to treat a blind girl living in Texas. The results of this experiment have not been published, but the company behind the treatment claims that the patient has seen light, specifically recognizing a window that brings light into a dark room.

According to scientific reports, the level of vision that the man regains is very limited. The image he saw was monochrome, besides the resolution was too low to read the text, even distinguish objects from each other. However, the sight-correcting glasses device will still be improved much, and perhaps with enough practice, the patient will also improve the ability to see higher.

“Can’t predict how far we can go‘, said Ms. Sahel.

According to MIT Technology Review