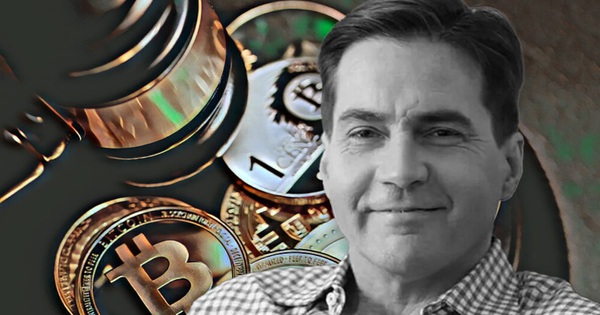 Once self-identifying as the ‘father’ of Bitcoin, Craig Wright – a 51-year-old Australian programmer living in London – has just been won in a lawsuit in Miami (USA), thereby avoiding having to pay more than 550 thousand Bitcoins. (BTC) to the plaintiff of the lawsuit.

In 2016, Wright announced that he was the person who went by the nickname Satoshi Nakamoto and created the cryptocurrency bitcoin. However, many in the crypto community doubt Wright’s claims, in part because the programmer has not yet delivered any of the first bitcoins mined in a 50-coin block called the “Genesis Block” on March 1. .2009., which is said to have been mined by Satoshi.

In February 2018, Craig Wright was sued by the family of his former partner, the late computer expert David Kleiman. Seven years earlier, Wright and Kleiman had founded W&K Info Defense Research, a Florida-based cybersecurity-focused company. Kleiman’s relatives claim that they hold evidence that the two scientists collaborated and created Bitcoin in the name of Satoshi Nakamoto. As a result, the plaintiffs claim ownership of half of the 1.1 million BTC, which is said to be ‘mined’ and owned by Satoshi Nakamoto, along with claiming rights to some of the intellectual property behind it. original blockchain technology.

However, on December 6, 2021, a court in the city of Miami (Florida) dismissed most of the charges against Craig Wright. The judges held that the evidence provided by the Kleiman family did not prove that Wright collaborated with Kleiman in the creation of Bitcoin. Craig Wright himself also asserted that the late partner only helped him edit the Bitcoin white paper, and not a business partner when he created this cryptocurrency.

Notably, despite not having to pay tens of billions of dollars worth of Bitcoin, the court decided Craig Wright still had to pay $100 million to W&K Info Defense Research, a joint venture between him and Kleiman before, for violations. copyright agreement. That money will go directly to W&K.

“This is a very good result and I feel completely vindicated,” Wright said in a video posted to Twitter shortly after the ruling.

According to The Verger, the developments after the lawsuit are the details worth paying attention to. Having to pay a sum of up to 100 million USD is not an easy task. In the case of Craig Wright, if the 51-year-old programmer was able to transfer the equivalent amount of Bitcoins (about 2000 BTC at current exchange rates) from wallet addresses believed to be Nakamoto’s, this could be the clearest proof that he is indeed the ‘father’ of Bitcoin.