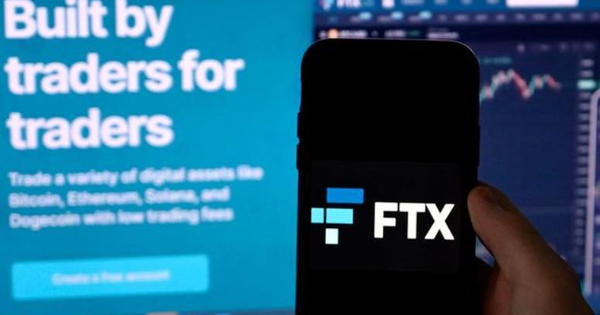 Stephen Gibbs, a musician in Thailand, said he tried to withdraw his funds from the FTX exchange when he heard about the problems the exchange was having. However, FTX has suspended crypto and fiat withdrawals. His commands are in the “requested” state and do not have any further action.

This year, FTX has become the world’s second largest cryptocurrency exchange. However, its rapid demise has raised questions about whether customers will be able to cash out.

According to The Wall Street Journal, it is not clear how long users will be able to get their money back or if they will receive anything. FTX is currently trying to raise money to pay off debts of up to $8 billion.

In 2022, massive losses from cryptocurrencies are a familiar story for many. Lenders like C Network and Voyager Digital filed for bankruptcy this year, and many of their customers are losing hope of getting their money back.

The website for the US branch of FTX announced: “Trading may be paused on FTX US for the next few days“.

Julian Figueroa, another FTX customer in Vancouver, said he often trades on FTX and often withdraws money to pay for his expenses. Normally, withdrawal requests are processed within minutes but since 11/8 he has been unable to withdraw.

Mr. Figueroa previously lost money in the collapse of QuadrigaCX, once Canada’s largest cryptocurrency exchange. He added: “I am very sad to have lost an amount equal to one year of my salary. But the positive thing is that I am young and can earn again“.

Gianluca Giuffra, a 25-year-old investor from Peru, used FTX to trade digital assets because he thought it was a safe place.

“Sam seems to be an honest person, not like someone who would do crazy things”, he added.

Mr. Giuffra said he was luckier than many people because on the same day of November 8, he successfully made three-quarters of his withdrawal transactions.

Speaking to NBC News, Manny Bautista said he joined both FTX and Coinbase cryptocurrency exchanges. He currently has about $35,000 in crypto that cannot be withdrawn from FTX.

“Is everything just like that? But I think there is no way to get them back. By this point, everything is gone”, he added.

With the big holidays coming up like Thanksgiving, Christmas, New Year and a lot of money to spend, Bautista is trying to think positive and save his financial situation.

Sam Bankman-Fried, CEO of FTX, said the company hopes to be able to return some of their money back to customers.