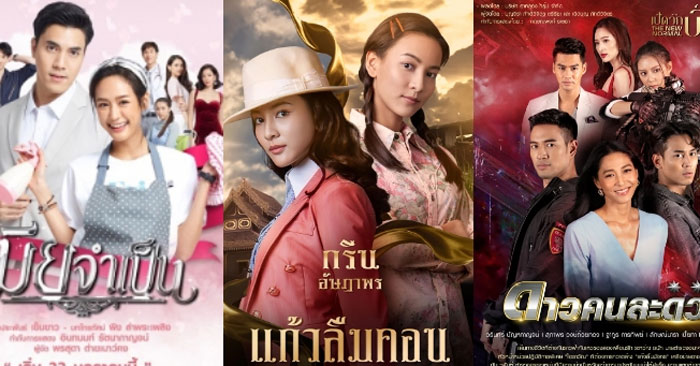 Here are the latest Thai movies, the best Thai movies of 2021 that have been, are and are about to be released in 2021. Please refer to and choose the best movie to relax in your spare time.

The film is a story about the journey to find each other and reunite with the family of twins Chidchanok and Kaew. It all started when Mr. Woramun had to flee to France while his wife was pregnant and about to give birth to twins. At this time, many people looked at his property and plotted to kidnap his two children, causing the two sisters to be separated. Many unexpected and dramatic situations occurred in the journey to find the family of the sisters, which could not help but make viewers nervous.

The content of the film revolves around the life of Tawan, a maid at Mr. Yuanjai’s family. Mr. Yuanjai allowed Tawan to marry his daughter to Tomorn – the son of a close friend. Tawan’s post-wedding life is very happy until her husband learns the truth. Afterwards, Tawan had to deal with Tomorn’s hatred. The Compulsory Wife is rated as one of the best Thai movies of 2021.

This is a Thai melodrama film directed by Sataporn Nakwilairoj, released in March 2021. The 12 episodes of the series revolve around the life and love of Reya, an ambitious girl who always wants to climb the ladder in the upper society.

This is a Thai mystery film released in early 2021. The film is a story about a man named Pachara – a veteran of the ancient kingdom 2000 years ago. Pachara was cursed with immortality by his former lover.

When Pachara saw Praoploy, the daughter who looked exactly like his former lover, he kidnapped and tortured her in revenge. After being together for a while, the two developed feelings for each other. Thought they would both be happy, but now Praoploy’s heart disease recurred. Pachara was heartbroken to see her battling a heart condition. How will the love story of this difficult past life couple develop?

This is a Thai psychological, emotional, and criminal drama that was released in January 2021. The content of the film tells the story of Thanat and Wasan, talented young police inspectors. In the process of working, Thanat and Wasan met 2 special girls and developed feelings for them. 4 people have experienced many dangerous situations together.

Teasing Blue Sea is a good Thai romantic movie released in 2021. The story begins when the guy Natee was murdered, fell into the sea and was saved by a girl named Moya.

After the accident, this guy lost his memories and lived a happy life with Moya. On their wedding day, a strange girl appeared and told her that Natee was her husband, making things complicated.

The content of the film revolves around the journey to find medicine for the sick father of a girl named Pim. She went alone into the forest called Himavanta, full of mysteries and dangers, to find “Ulgmanee” to cure her father’s illness.

Along the way, Pim meets Krit – a brave young hunter who has helped and accompanied her through many challenges.

This Thai action and melodrama begins with the mysterious disappearance of Naret’s half-brother (Film). From that disappearance, Naret reunites with Sai (Esther), his unforgettable first love, who is now a close friend of his brother.

Naret is always on the lookout for the cause of the past breakup and the mysterious disappearance of his brother. Naret and Sai decided to go look for their brother and find the mastermind behind everything.

This is a remake of a popular Chinese TV series, but the content has been changed more or less, promising to bring the audience an interesting and new content. Summer of the fox (Thai version) is expected to be released in mid-late 2021.

This Thai action movie will be released in 2021. Hunting for Evil is directed and produced by couple Nok Chatchai and Nok Sinjai and marks the second union of the famous couple. Taew Natapohn and Mark Prin should be expected by many.