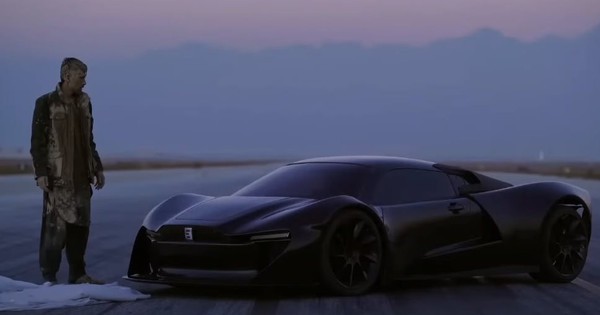 Afghanistan recently revealed images of its first sports car and Taliban officials have also proudly boasted of this feat.

On Sunday (January 15), Zabihullah Mujahid, the Taliban’s official spokesman, shared a video on Twitter of the vehicle. He said it was a matter of pride for the country, according to The Telegraph.

The car, called Mada 9, was built over five years by a company called Entop with a team of 30 engineers and designers from the Technical Vocational Institute of Afghanistan, according to a report from Tolo News, a news channel. locality of Afghanistan.

It is not clear what the car’s specifications and what its top speed will be. There is no video of the vehicle moving at high speed or performing difficult movements other than the video shared by a Taliban spokesman.

Mada 9 designer Mohammad Riza Ahmadi told Tolo News he hopes the car will be a “lighthouse” for the country. “The car will be an ambassador and the car will travel around Afghanistan and impart value to the people,” he said.

Ahmadi, the car’s designer, told Tolo News that the car received many offers but it was not designed to be sold. He said Mada 9 will be showcased all over Afghanistan, even internationally.

Afghanistan’s economy has shrunk since the Taliban took over the country in August 2021. According to the American Institute for Peace, the country’s sophistication declined 20-30% within a year of the regime’s control.