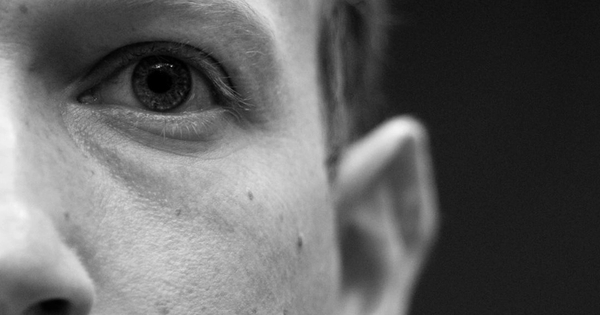 Every day, Mark Zuckerberg wakes up ready to face the most toxic news. There are always questions about the future of Meta, after a long time this corporation is in crisis.

“Every day you wake up feeling like you’ve been punched in the stomach,” Zuckerberg complained on a podcast last month.

CEO Meta is among the few people who really care about the metaverse. He hopes this can become a second new world, where people can meet friends, shop and enjoy the scenery on endless roads with just a virtual reality headset. The focus on developing the metaverse is considered the biggest ambition and change ever in Facebook’s history – 18 years ago was “conceived” from Zuckerberg’s Harvard dorm.

Becoming the largest social network on the planet with more than 3.5 billion users, the corporation worth more than $380 billion today controls a vast empire that includes the photo-sharing platform Instagram and the messaging service. Whatsapp messages. All have the potential to generate billions of dollars in profits each year, but do not satisfy the dreams of the powerful CEO.

Investing tens of billions of dollars in the metaverse, Zuckerberg has been criticized as too risky to bet on a future where people want to spend their time immersed in the virtual world. The effort comes as young users’ preoccupation with Facebook fades, after the short-video app TikTok emerged as a phenomenon. This summer, Meta recorded its first decline in revenue in more than 15 years of continuous growth.

“This could be a string of Facebook’s darkest days,” said Dan Ives, a veteran Wall Street tech analyst. “With the metaverse, there is so much skepticism. Zuckerberg and the development team, as a corporation, are facing unprecedented challenges.”

At the end of 2021, Meta launches the Horizon Worlds virtual reality platform. This is the first step in building an overall vision for the future of virtual reality (VR) – where users can interact with each other in a computer-simulated environment.

Horizon Worlds, although not yet able to create a full virtual reality space, but through VR headset, users can gather friends and build their own magical virtual world on this platform, with be 18 years old and have appropriate assistive devices.

Advertisers are looking to withdraw from Facebook, as the business model and reputation of the largest social network on the planet are seriously affected.

“People will feel like they are talking face-to-face, even though they are not. Children can send videos to parents, so that parents feel close and genuine. That is what we want when we talk about a new internet. Instead of looking at the screen, you will have new experiences,” Zuckerberg said.

Zuckerberg’s efforts to realize his dream of a virtual universe have been compared to 2018’s Ready Player One – a sci-fi story about a boy who escapes the real world to become a hero in a virtual metropolis. “Oasis”. If successful, this new technology could contribute $3 trillion to the global economy by 2030, after reaching one billion users.

However, so far, Meta has not done so. It appeared in a flash, far below the expectations of experts and still quite primitive compared to the interface of many available video games.

Recently, Mark Zuckerberg posted a selfie from inside Horizon Worlds. In the photo, the Eiffel Tower is the highlight with the meaning of announcing that the metaverse is expanding to more countries. However, users are quite disappointed because the Mark Zuckerberg character is too ugly, with the same graphics as the old games 15 years ago.

In response, Mark Zuckerberg said the graphics in Horizon Worlds will be upgraded soon, and explained that the previously posted photo is quite basic and is only intended to mark a new milestone. As of January, Horizon Worlds only had 300,000 users.

According to experts, the metaverse will rely heavily on VR. Companies like Atari, Sega, and Nintendo had previously tried virtual reality headsets in the 1980s and 1990s, but failed. Low-quality graphics make them have an unpleasant experience.

The high-resolution screen and powerful processor are significantly overcoming this situation. In 2014, Facebook acquired Oculus, a VR company, for $2 billion. Meta has since tried to improve the headset devices and make them cheaper.

However, the problem is, not everyone has the need to use a VR headset. Only about 600,000 households in the UK own this technology product, of which the majority are men, according to Digital Catapult.

In July, Meta announced to raise the price of its VR Quest 2 headset by $100, citing increased manufacturing and shipping costs. The leading position in the VR headset market doesn’t do much for Meta because the business is still relatively small compared to mobile advertising. “They’re still in their infancy,” said Paolo Pescatore, consumer technology analyst at PP Foresight.

This CEO has lost $70 billion in net worth this year, amid a sharp drop in the price of Meta shares

Another problem is that the concept of metaverse is still quite vague, while VR has not been widely accepted. Mark Zuckerberg’s ambitious projects will also take many years until they are fully realized.

“There are still many unanswered questions, such as the monetization model of the metaverse or the ability to recover capital after Meta spends tens of billions of dollars. Some people think that Facebook’s name change is just to change its image. identity instead of betting on a new technology,” said Wedbush analyst Dan Ives.

In the second quarter of 2022, Meta evaporated another $2.2 billion. The fact that the group’s market value more than halved after only 1 year made shareholders more and more skeptical. Meta said the loss came in part from long-term investments.

The bet cost Zuckerberg. The CEO has lost $70 billion of his net worth this year, amid a sharp drop in Meta’s share price.

“Facebook spent tens of billions of dollars creating a demo that was both weird and ridiculously bad,” said Roger McNamee, an investor who was once a close friend of Zuckerberg.

Obviously, Meta isn’t the only one trying to build the metaverse. Mark Zuckerberg’s ambitions will be threatened by a series of big names from Roblox to Microsoft, Apple. At that point, the only thing Meta can do is move on.

Last year, billionaire Mark Zuckerberg posted a video of himself experiencing a tactile glove model, which is said to be capable of allowing users to “feel” like real virtual objects.

“Meta’s Reality Labs team is developing tactile gloves with the goal of giving users the most realistic sense of touch and grip possible when interacting in the metaverse. One day, you’ll be able to feel the textures. and pressure when touching virtual objects”, CEO Meta introduced. Additionally, Meta is also working on a project called “Project Cambria”, a high-end VR headset that can mimic a person’s facial expressions.

However, these technologies were not enough to save Meta from an “underground storm”. According to Business Insider, advertisers are looking to withdraw from Facebook, as the business model and reputation of the largest social network on the planet are seriously affected. The problem is said to be extremely bad, even difficult to improve, after Meta got caught up in a series of lawsuits related to user privacy.

Mark Zuckerberg himself called this “one of the worst recessions Meta has ever seen”, according to Reuters. It will affect the entire second half of the year, in which the deficits that Meta recorded in the customer spend market share are said to be the most serious.

Reportedly, major advertisers have slashed their spending outlook amid rising inflation. Meta, once considered a gold-sending partner, is now at the top of the list of advertising contracts that need to be cut.

However, for the majority of partners, Meta is still the second largest advertising business after Google. Small and medium sized companies still choose it as a place to promote – even if the advertising performance is not as good as before. The transition to the metaverse is also considered a wise and perfect PR for this corporation.

“Meta has created a new beginning for the group. Perhaps Mark has lost patience with the compromises of running the massive social media platform. This is a bit of escapism for him to do something creative,” one comment said.

And if this innovation works, it could reverse the current predicament of Facebook and Instagram after these platforms have consistently lost users. Zuckerberg, who is often mocked for looking like a “robot,” will once again triumph and change the way humans connect with each other.

However, this dream is said to be extremely difficult, especially when Zuckerberg is gradually isolated. This CEO often works online in his $ 100 million mansion in Hawaii, after the effective “right-handers” one by one left.