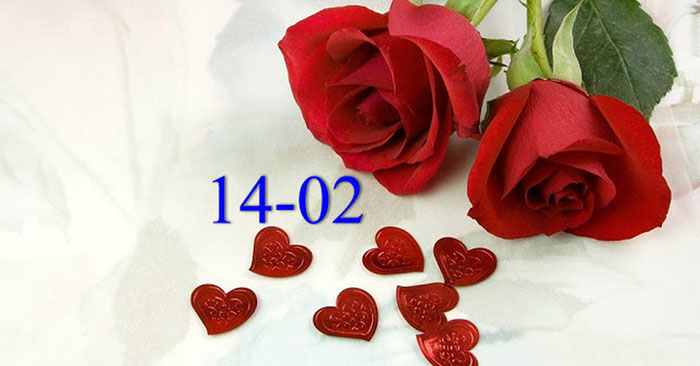 What is February 14? Why do lovers send cards and spend time together on February 14th? Here are a few interesting facts about February 14.

In the year 270 AD, Emperor Claudius II Gothicus executed Father Valentine. Shortly before his execution, legend has it that the priest sent a letter to a young girl. Perhaps the way the priest ended his letter, “from your Valentine,” sparked inspiration about Valentine’s Day – a day for lovers.

Others claim that the inspiration for Valentine’s Day was a bishop from Terni, Italy, who performed secret marriages for lovers, even though banned by the emperor. The third theory is that the executed priest and the bishop performing the above secret wedding is the same person.

Why does Valentine’s Day fall on February 14?

Every year on February 15, priests perform animal sacrifices. This is an ancient Roman festival called Lupercalia.

According to Encyclopedia Britannica, Pope Gelasius I decided to replace Lupercalia with Baptism. He changed the date of the festival to February 14 and named it after St. Valentine in his honor.

Symbols and good things to do on February 14

In Roman mythology, Cupid was the son of the love goddess Venus. Cupid is considered as a messenger specializing in performing mischievous missions to arouse the love of humanity. Cupid is most commonly known as a child with wings, a bow and a magic arrow.

Before people knew that the heart is responsible for pumping blood inside the body, they noticed that the heart beats faster when they are excited. This part begins to be associated with emotions, especially passion and love. Valentine’s Day decorations are often heart shaped, sometimes even hearts, with Cupid’s arrow piercing through!

Lovers started the habit of giving flowers and candies in the 18th century. Red roses, symbolizing romantic love, are a very popular gift. Some people feel that romantic ideas like a handwritten love letter or a surprise date are fun things to do on Valentine’s Day.

Do you find the origin of Valentine’s Day – February 14 so mysterious and fascinating? The more you delve about the holiday, the more interesting facts you will discover!

Wish you a happy Valentine’s Day!