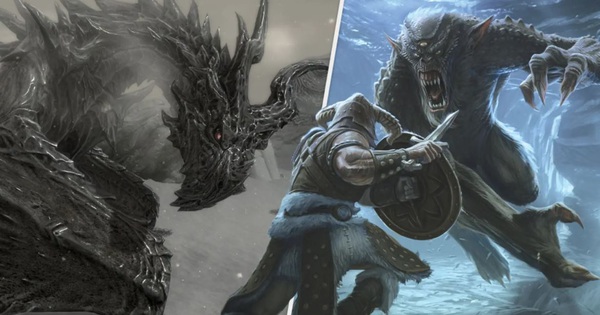 Although released nearly 10 years ago, up to now, The Elder Scrolls V: Skyrim is still one of the most popular games and has a very high replay value. Belonging to the open-world role-playing game series, set in a rather mythical and fictional setting, it’s not surprising that Skyrim can easily conquer players with a large map with beautiful images, detailed images. details and a huge amount of quests and a huge number of NPCs (uncontrollable characters in the game).

However, it is not known if it is because they feel that Skyrim is in danger of “population explosion”, but the gamers below did not hesitate to slaughter all the NPCs, animals and monsters in this game. Sharing on Reddit, user jaeinskyrim said: “All was over. 2201 people/NPC, more than 2,400 creatures of all kinds. All have faded. Now I, alone, exist in Skyrim.”

Gamers down with all creatures in Skyrim, only 1 month has cleared the map to be alone 1 realm in this game.

And yet, this player also shared photos as proof of his statement. In it, it is easy to see that the other characters are all lying on the floor after the massacre, and the character of jaeinskyrim is posing very coolly in the back, like an arrogant warrior sent by the god of death. to this virtual world.

It is known that jaeinskyrim’s “clear map” Skyrim journey began around mid-April and officially ended on May 13. In just a short month, this gamer has completed his “death tour”. Even more surprising, behind this unique achievement is a couple (unnamed) who took turns plowing to scan all characters in Bethesda Game Studios’ blockbuster game.

At the start of this one-of-a-kind quest, jaeinskyrim shared: “I (the character in the game) is based on a real person. My lovely husband wanted to change the mood a bit and turn his wife (me) into a character in Skyrim, then let me slaughter everyone living in this fantasy land. No one is safe. And no one is spared either – all must fall under my sword. I don’t care about the game’s mission, don’t need to collect items, don’t care about the achievement system. It all revolves around absolute destruction. That’s my story!“.

After the carnage, this player also had to let the character pose for a photo as if he had just achieved a great achievement.

Before that, the husband also revealed: “TDuring a dinner with my family, I asked my kids if they liked the idea of ​​putting mom in the game and killing everything. Everyone responded, including the children’s mother“. And since they don’t care about the game’s missions, they need to use a mod sword with the ability to drain the opponent’s life force, not allowing the opponent to give any reaction.

However, there are exceptions to everything, and there is one character whose life was spared by the couple. For fans of Skyrim, perhaps you can guess right away: the dragon Paarthurnax. jaeinskyrim said:Paarthurnax deserves more good than death. We let it live, and it didn’t disturb or get in our way“.