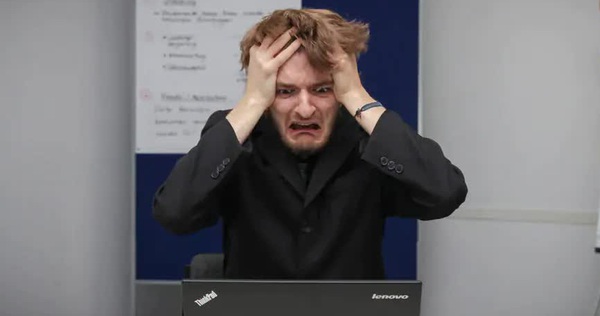 In the YouTube world, Tech Support Scams channel has been a useful channel for many years when it comes to uncovering online scams, mainly from scam call centers in India. But ironically, when recently Jim Browning himself – the owner of this YouTube channel – became the victim of a scam – he was even tricked to the point of manually deleting his YouTube channel.

“This is proof that anyone can be fooled.” Browning announced the attack on Twitter.”I was persuaded to delete my YouTube channel believing I was talking to YouTube support staff. I never lost control of this channel, but that kind of bastard managed to trick me into deleting my channel. Hope to be able to recover soon.”

To fool someone as seasoned as Browning, it’s not clear what tricks the scammers have resorted to. Mr. Browning promises to “make a video of how it all went, but to be fair, by the end, it’s still pretty convincing.”

The scammers even left a message mocking Browning saying they could “easy login” to your YouTube account. Besides, they brag that they have access to “more than 12 YouTube channels“, with 2 of them having 2 million and 3 million followers.

Browning has made a name for himself with “scammers flipping” videos, in which he pretends to be hooked by scammers – often posing as support staff – and needs access remotely to fix errors or remove viruses. In fact, they will take advantage of this opportunity to scour the hard drive or install malicious software on the victim’s machine.

“I often follow scammers on the internet,” Browning said on his Patreon page.They often pose as “tech support staff” through phone calls or chat screens. What I do is teach others what a scam call is like, and more importantly, how to uncover scammers by tracing them back..”

But because of the traps of highly skilled scammers, Browning’s YouTube channel was deleted – by himself.

“I hope that YouTube Support can get back to the state of July 29th.” Browning said.And I can get my channel back, but they don’t promise anything in advance. I just hope it can recover.”

Up to now, the YouTube Tech Support Scams channel is accessible again with the number of followers as well as the posted clips still intact. It’s lucky for Jim Browning to be able to keep his channel alive after such an attack. Either way, this is a reminder to everyone about the potential of online scammers.

The problem of tech support scams has been around for a long time when users began to need a tech support team to help them overcome difficulties when using modern items. However, a report last month from Microsoft showed that this problem is on a declining trend. The report also said that people between the ages of 18 and 37 were the most likely to become victims when up to 10% of survey respondents had been scammed into losing money.

Refer to The Register